I went to college to become a Physical Therapist, graduated with a degree in English, and 20 years later I am a Chief Technology Officer. When I was 18 years old and thinking about what I would be doing for my life, I could have never predicted the path I would take to get here. At this point in my career, I find myself sharing my journey with others, be it a new college graduate or an experienced professional pondering a new opportunity. As I share my story, I may leave them more confused than before we started because there was no clear path to how I got to where I am today. I genuinely believe that is ok, and an individual’s mindset may be more important than any degree or career planning.

Even though I am now a CTO, my experience with computers started at a young age when my Dad brought home an Apple IIe. After a few months messing around with the computer, I found myself volunteering at the local library to help others learn how to use a computer. My parents also found a programming class through a local university that a friend and I took together. We learned about punch card programming and a language called Turtle. I also learned about the most valuable analogy to use with my business partners to teach them what it really means to be a computer programmer, the Peanut Butter and Jelly Sandwich. Ask me, and I will gladly tell you more.

As I grew from pre-teen to full-on teenager, my interests shifted, and I was way more into my friends and sports than computers. It wasn’t until I was halfway through college that computers came back into my life through photography of all things. My desire to be a Physical Therapist was abruptly halted when I hit organic chemistry and physics. I drifted from major to major. Yet, somehow, I found a passion for photography and became the Photo Editor of The Badger Herald and took a job as an assistant at the University Press office. However, it was a professor, Kurt Foss, that got me involved in digital photography. The next thing I knew, I was flying down to San Antonio, Texas, to teach professional photographers how to use the Kodak Digital camera, film scanners, and the very first versions of Adobe Photoshop and Illustrator at the National Press Photographers Association conference.

I created one of the first searchable databases of photographs for the University Press office and took an internship at Cowles Business Media to create web sites for their business publications in NYC. At the same time, I hustled on the side, exploring editorial photography and photojournalism. Through Kurt, I was connected to Dirk Halstead, a Time Photographer interested in multi-media as a medium (think Flash, CD-ROM) where he could combine still photography, videography, and voice. I spent 2 weeks with him in D.C. covering Bill Clinton during the run-up to his second election. Every major media outlet was at the White House, and I got the chance to interview and interact with some of the most established news photographers at the time. That fall, partnering with Dirk and Kurt Foss, we created Vote ’96 as a web site to cover the election using this new medium called the Internet.

If pressed from someone what I think is the most essential quality for career advancement, I would say the art of hustling.

In the meantime, I was figuring out how to get out of college and my fastest path was a degree in English. My wife can attest that I was never an academically motivated student, but I still had a rich college experience. So, what skills did I graduate with? Let’s see, I could take pictures, process and print film set a newspaper in Illustrator, treat photographs with Photoshop, write HTML, and ensure your writing was grammatically correct. What I learned in my time in NYC and Washington, D.C. was that I could make more money doing the technical work than I could at photography, so I ended up with a post college internship at a small Internet consulting company in Minneapolis called, Imaginet.

My career has been almost as varied as were my college years. While I started as a programmer of HTML, I taught myself PERL, SQL/Databases, C++ (to an extent), and some Java programming. I quickly learned, however, I had a knack for client relationships and project management. The next thing I knew, I was helping our sales team close deals, working with our programmers to deliver the work, and still coding at times. As I look back, four qualities stood out that I leveraged continuously: curiosity, a willingness to learn, hustling, and a healthy skepticism of authority.

Being inquisitive, seeking answers to questions, and asking why have helped in all aspects of my career. I want to master what I am being asked to deliver, but I also want to understand the broader context of the industry I am working in. Who are the major competitors, who are the disruptors, and who are the play makers? There is always politics, a backchannel to getting work done in every organization, and bureaucracy to overcome. I like leaning into those things to understand how to navigate them and leverage them to meet my objectives. Today, I look for employees that exhibit curiosity during interviews. The worst candidates are those that never have a list of questions for us to tackle.

A Willingness to Learn

Look, I was an English Major trying to fake his way into a career in computers. I had to be willing to learn. I had every O’Reilly book there was when I came out of college. I would pepper my peers with questions, study the manuals for Illustrator and Photoshop. I wrote lots of bad code and created lots of ugly web sites early in my career. I found mentors in my company (though I didn’t call them mentors at the time, they were just super smart people) who could teach me and were willing to satisfy my constant curiosity. To this day, I relish new challenges, continuously am reading, and am still trying to become a better technologist.

If pressed from someone what I think is the most essential quality for career advancement, I would say the art of hustling. Hustling, to me is what Daniel Ruettiger did at Notre Dame and was depicted in the movie Rudy. It is believing you are good enough to be there, out work anyone else on the team, take the job no one else wants, and continually prove to others you are worthy. When I was 26, I took a job in business development at the start-up I worked at. I thought I knew more than my bosses and felt I could contribute to our business in a broader way than being a software engineering manager. My boss didn’t know what he was getting, but he took a chance on a kid with a programming background says enough about who is was and is as a leader. Quickly he put me in my place and remade me into a salesperson. It was the most challenging role I have ever had because it forced me to be humble and get out of my comfort zone. I have never stopped hustling since.

A Healthy Skepticism of Authority

I was that GenX’er that didn’t believe in paying his dues. I wanted career advancement from the get-go and wasn’t going to sit around and wait for it. This really proved out in two ways to me. Whenever I hear, “This is how we have always done it,” I know there is a better way, and I figure out what it is. Second, I always kept myself open to opportunity and took risks in my career to advance (be it a new industry or a new level of responsibility). No, I don’t disrespect my boss, but I will never settle for “This is just how it is” statements.

These four traits/values have helped me create a very satisfying career to date. Couple that with a couple key moments in time, I have forged a career in technology that I could never have imagined. The first of those was when a boss of mine told me I would have to choose between being in the business or being in technology. He said you have to commit to one or the other in your career to master it and continue to rise towards the executive suite. The second was from a CIO when I was trying to figure out how to become a CIO. He said, either you are promoted into the job or go to a smaller company and take a CIO role with a smaller staff and budget. The advice came years apart, the first made me dedicate myself to a technology career, the second saw me leave Target and get my first CIO role.

The advice I would impart to those who actively think about their career is to identify your values and the traits you feel you need to succeed in any job. Spent time thinking one, three, and five years out on where you want to be. What skills do you need, what experiences do you have to acquire, and who can be your champions? Be willing to taking left turns and making mistakes in your career journey. I have definitely taken jobs I shouldn’t have and ultimately was better for it. Finally, enjoy the ride as the destination will forever be moving (Feel free to ping me, and I will share how disorientating it was for me after I achieved CIO).

This article also appeared in my newsletter, dayone, please subscribe if you would like to stay in touch. 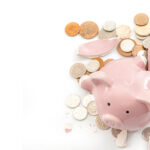 My Company Filed Bankruptcy, Now What?

Technologist | Board Member | Advisor
My goal is to provoke thought and learning by sharing perspectives based on my experiences.