Time and time again, when you read articles in any business magazine or pick up any business book focused on leadership, management, or starting a company there is always a theme around talent. Some of the biggest lessons learned of leaders, managers, and entrepreneurs are the mistakes they made in managing their talent. At the end of the day it is the people we work with or employ that can make or break our companies.

There is a wide spectrum of how organizations approach the concept of building high performing teams. However, so many companies fall short due to the managers that are in the middle building and leading these teams. Most mistakes in building high performing teams can be boiled down to simply human nature: We all want see the good in people; for the most part we choose to avoid conflict; and finally the status quo is always an easier path.

High performing teams have several key components that are required. They start with the quality of empathy. Which is the ability for each member of the team being able to understand the perspective of other team members. The willingness to explore an opinion is important. You don’t want team members that are dismissive. The second quality is listening. In order to be empathetic, you first have to listen to others points of view. In this day and age of sound bites and 140 characters, listening is becoming a lost art. It requires focus, which means putting down your devices and tuning into the conversation. The third quality is a bias for action. Each member of the team must be wiling to act. The willingness to act requires teams to compromise and be willing to test and learn from their actions. The fourth quality is willingness to fail, but more important a willingness to learn from that failure. No team will take perfect actions, but action is always preferred over inaction. One way to drive towards a bias for action is having an willingness to fail. Learning’s from those failures will often bring the teams closer and enable better decision making in the future. Now lets dig into each of these qualities a bit more to understand how they work.

Empathy (The ability to understand and share the feelings of another.)

Without empathy, you will not be able to put yourself in the shoes of others. Those others may include your clients, customers, partners, co-workers, or leadership. The ability to see a problem from the perspective of others is so critical in shaping the ultimate outcome. Each perspective will give you new information to consider. It will allow you to have a more complete view of the problem and allow you to debate different perspectives. Let’s look at an example from a real project. A team was implementing a new application. With deadlines, budgets and schedules all stretched, the team was anchored on making the go-live happen. In order to successfully make the date, the team had to decide to use mock data to complete many testing cases. Instead of thinking through different scenarios on how real data may come through the system, the team’s mocked data gave an easy path for passing of each test case. When the system hit production, and the real data entered the system, many processes error out. While the team had a multi-disciplinary make up, they did not truly reflect empathy in their decision-making. While they made their date, they ran into immediate production issues, which tainted the experience for end-users, slowing down user adoption.

Proper empathy means putting aside your own solution and stepping into the shoes of others to see how they may solve the same problem. More important though is to understand the implications of any solution from a particular perspective. A project manager may only see impacts to scope, schedule and budget, while an end user may see longer hours to do a task that only took minutes in the old system. Teams that can practice how to be empathetic will find that in quick order they will automatically incorporate different perspectives into their problem solving. Ultimately eliminating solutions that have to big of an impact on any one group.

Listening (Take notice of and act on what someone says.)

Combining Empathy and Listening together doubles the power of each quality. Think about the last meeting you attended. How many of those attending had a laptop open? How many had their heads down pecking away at their phone? How many were perusing papers that were not included in the meeting materials? Who on the phone was loudly typing away and forgot to put themselves on mute?

For every person distracted, it means that they are not really listening. If they are not really listening than how can they be empathetic. In our fat passed information rich world, listening is becoming a lost art. Challenge yourself to leave your gadget closed or pocketed and truly engage by listening to the dialogue at hand. Ask the questions you want to have answered. Then ask more questions pulling out different perspectives from the teams. Leverage your empathy to construct your questions from different points of view, educating not only yourself but also all of those in the room. Not only will the presenters and participants in the meeting respect you more for listening and engaging, but you will find that decisions get made faster. You will also walk away gratified that you hopefully do not have to revisit the topic of the meeting again. Meetings where everyone is multi-tasking are not only less productive, but often lead to slower decision making because not everyone was really listening.

This becomes even more prevalent when you are dealing with a small team. If just one member of the team chooses to half-engage in a meeting because they are catching up on email, the whole team will feel let down. They will start to make assumptions that the team member in question is disinterested in the topic or may not agree with the direction of the team. As assumptions are made distrust can ensue, creating longer term problems within the team. At the onset of a team being formed, setting ground rules to ensure the team is listening to each other can be beneficial. For example, as a topic is wrapping up, ask team members to provide their perspective to enable active debate. A more simplistic rule would be to ban multi-tasking in a meeting. Another way to accomplish this would be to have meetings only 15 minutes in duration, forcing the topics to be concise and engagement high.

Action (The fact or process of doing something, typically to achieve an aim.)

When surveying co-workers and peers one of the largest complaints they have about their company or organization is the pace at which decisions are made. There seems to be general consensuses that decisions have to work weave their way through layers of management and that individuals are not empowers to make a decision. An unproven hypothesis is that if given the right to make a decision, would the individual be able to make a decision or would they be paralyzed with fear of making the wrong decision. Each of us can probably pick out a leader we have worked with that made decision making seem easy. They could assess the information at hand, ask for inputs, come to their conclusion and make a decision. Rarely did they look back, they just continued to move forward.

There is an art to this way of taking action in that you must be comfortable in taking action with just the information at hand. Then you must be willing to continue to move forward, meaning as new information of value appears, a new action may be taken. One that may even undue the last action. This test and learn way of taking action, removes some of the risk since as new information arises the team learns and reassess their current direction. If they need to adjust they can. The main thing is to not stop moving forward, inaction can kill momentum and stall and demoralize the team.

The challenge with this test and learn approach to taking action is that many companies are not suited to this type of approach. These companies struggle with taking action without being able to know the ultimate outcome. This requires significant amounts of information and time and resources to consume and analyze it. One reason for this is companies refuse to break down outcomes into small milestones that limit the overall risk. Instead of forcing an organization to make a $20M decision, break the overall outcome into smaller, more manageable outcomes that limit the overall financial and resource risk.

A key barrier to be removed to enable a high performing team is the risk of failure. The fear of retribution. The potential limiting of a person’s career. All of these fears must be removed and teams have to be allowed to test and learn, or more plainly said fail. As stated above, the easiest way to change this bias towards failure is to limit the financial and resource risk. To do this, you have to deconstruct decisions into smaller more manageable chunks. Push the team to work quickly to test outcomes, learn from mistakes, and refine their approach to the desired outcome.

Another barrier that exists in many companies that leads to avoidance of failure is the level of involvement of leadership in a decision. The higher the decision has to go for approval, the less risk will be assumed by the team driving for a decision. High performing teams should be capable of making decisions on their own. The goal of leadership is to set the guardrails, define the desired outcome, and remove the barriers for the team. This starts with enabling the team to make decisions on their own with the framework outlined by leadership. Ways to do this could be limiting budget, setting a go-live date, or defining a tangible outcome.

There is one last secret ingredient that is required to create a high performing team and that is respect. In order for teams to be empathetic, to listen to each other, to have a bias for action and an appetite to absorb failure, respect is required. No one-team member is the cause for any particular mistake. A high performing team views all their actions and outcomes as a result of the team for better or for worse.

Take a step back from your team for just a moment and ask yourself, are you empathetic? Do you listen with purpose? Is your team taking the right actions to achieve its outcome? Can the team handle failures? Does each team member respect one another? If the answer is no to any one of these than you don’t have a high performing team. You must ask yourself what you need to do to insert these qualities into the team. If anyone particular team member is a roadblock, than you need to take action to remove them from the team dynamic. Developing high performing teams is hard and it is not often that a team can reach its highest level of performance immediately. When a team does reach that potential, watch out they will become unstoppable!

Is Your Head In The Sand? 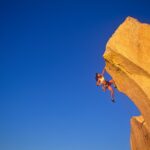 Technologist | Board Member | Advisor
My goal is to provoke thought and learning by sharing perspectives based on my experiences.